Skip to content
Home » News and Events » Firefighter Mental Health: How to Manage On and Off-Duty Issues 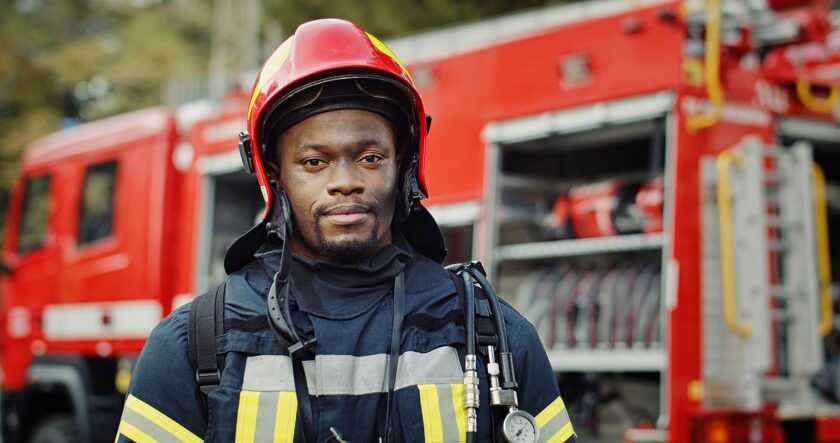 Mental health has become quite the hot topic among emergency services personnel in recent years. We’re seeing experts weigh in on the effects of the stressful calls that first responders face on a regular basis. There have been articles geared toward fire officers to help them recognize various signs and symptoms of issues their personnel may be exhibiting. Likewise, there is a lot of material out there to help line personnel identify patterns in their own lives that might signal a decline in their personal mental health and wellness.

As fire service personnel, we all know that we’re exposed to significantly stressful events that can be detrimental to our mental health and wellness. But, for the most part, it’s ingrained in us that seeing the things we see and doing the things we do are all just part of the job. While that is true, those events can affect people differently.

Additionally, anyone who has been in this business long enough knows that fire personnel are not always so quick to embrace new things. So it’s not hard to understand why we still see the die-hard, “suck it up, buttercup” mentality that has permeated the fire service for most of our history. This makes it particularly challenging to emphasize good mental health and wellness, as many members simply aren’t comfortable talking about a call or calls that are really bothering them.

A PERSONAL EXAMPLE: INDUSTRIAL ACCIDENT “STICKS” WITH ME

I vividly remember an afternoon in August 1995. I was 20 years old and had been a volunteer for a few years. Our department answered a call for an industrial accident at the local steel plant. That’s the day that I became intimately aware of what happens when a call “sticks” with you.

As industrial accidents often go, this was a particularly traumatic scene, but we had a job to do and needed to do it well.

After we packed up our gear, everyone went their separate ways.

That night, I couldn’t sleep. I just kept thinking about the scene and the victim. I didn’t give my sleeplessness much thought and figured it would pass and that would be all. But I didn’t sleep much the next night and kept startling myself awake. By the third night, I knew something wasn’t right, but thought it was just me.

The chief jumped into action and began making calls. When the county said it would take some time to get some critical incident stress debriefing (CISD) people together, he kept pushing to make something happen sooner. He knew he had at least three of his most active personnel who were exhibiting symptoms that could detrimentally affect their fire service careers – and life in general.

The chief was able to secure a clinician and a peer support person from out of state. He had been concerned about using nearby personnel who we already knew. To be truthful, we all had the same concern. Nobody wanted to sit around with a bunch of CISD reps who were local. It was tough enough to admit we needed a little help; knowing the CISD people involved would have made it even harder. I can tell you that talking to someone that I’d never see in the grocery store or on a call made the process much smoother. Plus, it was actually an advantage that they knew nothing about the incident.

I learned a lot in that session. I learned that most people experience some sort of negative reaction to really stressful or traumatic events. I learned about triggers and how to recognize them and minimize their impact. Probably the most important thing I learned was how important it is for supervisors to not only say, but also actually show, that they care about the people under their command. I’ve carried those lessons throughout my entire fire service career.

Since that day, I have been involved in several debriefing and critical incident stress management (CISM) sessions. I’ve always compared them to the session Chief Mike Edwards of the Dunkirk (N.Y.) Fire Department organized for a handful of us nearly 25 years ago. CISD/CISM was still relatively new in the fire service at that time, and it was really the only thing available to help members cope. It may not have been the total solution, but it was a start, and a solid start at that.

When a traumatic or extremely stressful event affects your department, consider the following three examples of what worked well from my introduction to CISD/CISM so many years ago:

1.Chief Edwards was quick to react when he realized we were having issues. That doesn’t always happen. If you notice changes in your subordinate personnel or coworkers, it’s important to try to help as soon as practicable.

2. Let your team know that they are not alone, and that there are people and resources available to help them understand and deal with what they are experiencing.

3. Encourage participation, but don’t make it mandatory. Requiring people to attend any type of CISM session or debriefing is usually counterproductive at best. At worst, having uninterested personnel involved may derail the entire process for those who need it most.

WE’RE PEOPLE, TOO – AND HAVE STRESSORS OUTSIDE THE FIRE SERVICE

It’s also important to remember that we, as emergency personnel, don’t live in a vacuum that only involves our profession. We are “normal” people, too. We have the same everyday stressors in our lives as everyone else. That means we come into the fire service with our own mental baggage.

We know that there are individuals working in the fire service today who have both diagnosed and undiagnosed PTSD. We tend to put a lot of emphasis on reactions to events that we respond to that can cause PTSD. But the truth is, many of our colleagues may already be experiencing symptoms of PTSD before they begin their fire service career, or as a result of events that happen outside of the fire service.

The new member who becomes a little withdrawn from the crew after returning from that call with a SIDS patient may not just be trying to come to terms with what just happened. They may be trying to avoid a breakdown because they’re also thinking about their own family’s experience when they lost a baby a few years ago.

Then there is the salty senior member who never seems to be bothered by anything. He may have experienced a very traumatic event long before coming into the fire service. But he was able to get the help he needed and now has a bunch of different coping skills that make him more resilient to the stresses of the job.

Let’s not forget about the members who may be having financial issues or family conflicts. Those things can easily spill into the fire station and manifest themselves when crewmembers respond to certain calls. While the effect of these events may not rise to the level of a PTSD diagnosis, they can have a significant influence on the overall mental well-being of our personnel.

BE INVOLVED AND STOP THE SNOWBALL FROM BUILDING

The bottom line: Mental health and wellness go hand-in-hand with physical health and wellness. We all need to take personal responsibility for our own well-being. But we also must recognize that we need to look out for each other, too. Taking the time to get to know each other on a more personal level may be just the thing to help you know when someone is acting differently or showing signs of traumatic stress.

Suicide has become a big problem in the emergency services. As that unfortunate trend continues to grow, we need to concentrate on the little things that can snowball to the point when a member believes there is no other option than to take their own life.

Simply talking to your crewmembers back at the station may be the difference between helping someone learn coping skills and them ultimately developing PTSD. Being proactive could mean saving a brother or sister firefighter’s marriage, relationship with their kids, or even their career.

If we can help each other on the more basic levels of mental wellness, we just might be able to avoid that snowball effect that leads to such drastic actions.

Jon Dorman is a content developer with Lexipol. He has more than 25 years in the fire service in both combination and career departments, retiring as the assistant chief of operations and deputy emergency manager. Dorman also has 10 years of experience teaching in the Fire Science and Emergency Management program at Purdue University Global (formerly Kaplan University) where he has redesigned multiple semester-long college courses to meet the needs of the modern fire service and adult learners. He has a bachelor’s degree in fire protection science from SUNY Empire State College, a master’s degree in employment law from Nova Southeastern University, and a master’s degree in homeland security and emergency management from Kaplan University. Dorman can be reached at jdorman@lexipol.com.