Both fire trucks and fire engines have evolved steadily ever since the first steam engine truck made its debut. They’ve gone through several designs since then, before coming to the iconic red engine that we’re used to seeing on the road today.

But, these are modern times, and there is so much technological equipment quickly improving even the most current trucks. Soon these vehicles may be too outdated to use. There is a new one, though, being built overseas that’s considered the future of fire fighting and it’s an all-electric truck. Is it really possible? Road and Track explains what this fire truck is all about and why it isn’t coming to one Californian city.

What are the benefits of an electric fire truck?

The electric fire truck is designed and built by Rosenbauer, a company famous for making fire rescue trucks from its plant based in Austria. The appeal of the design is not only its all-electric power, but also because it’s constructed from a more modern layout that’s easily customizable. It’s able to accommodate almost any need an emergency department might have.

Menlo Park, the city originally toying with the idea of purchasing one, planned to use it as more of a light-duty rescue vehicle instead of a major water pumping truck. But, as time went on, their idea of getting a fleet of about 10 of these, came to a halt when a vote went out to determine if they should go through with it. Most of the votes that came in were to back out of the deal, so they passed on the sale. The reason given for the pass was because of the $1.1 million dollar price tag.

Why does the electric fire truck cost so much?

The reason this electric fire truck was so expensive is that it’s designed for modern times and offers many features to bring firefighting into the future. For example, Rosenbauer’s website says the truck can raise up to a height of 19-inches, which enables it to travel over areas with rough terrain or through flooded streets. Once fire rescuers reach the site of a blaze, they can then lower the truck to a height of a mere 6-inches and firefighters can easily reach the equipment off the truck without climbing up a ladder.

Inside the truck is a centralized communication center, capable of connecting online and communicating with others while overseeing all the activity at the scene. There are also alert systems for the driver to let them know of any potential dangers coming up on the road as well as rear view cameras to monitor what’s going on behind them. Along with the truck, another device, called a crawler manipulator, will help firefighters carry equipment closer to the scene and to pump water in areas too dangerous for humans. 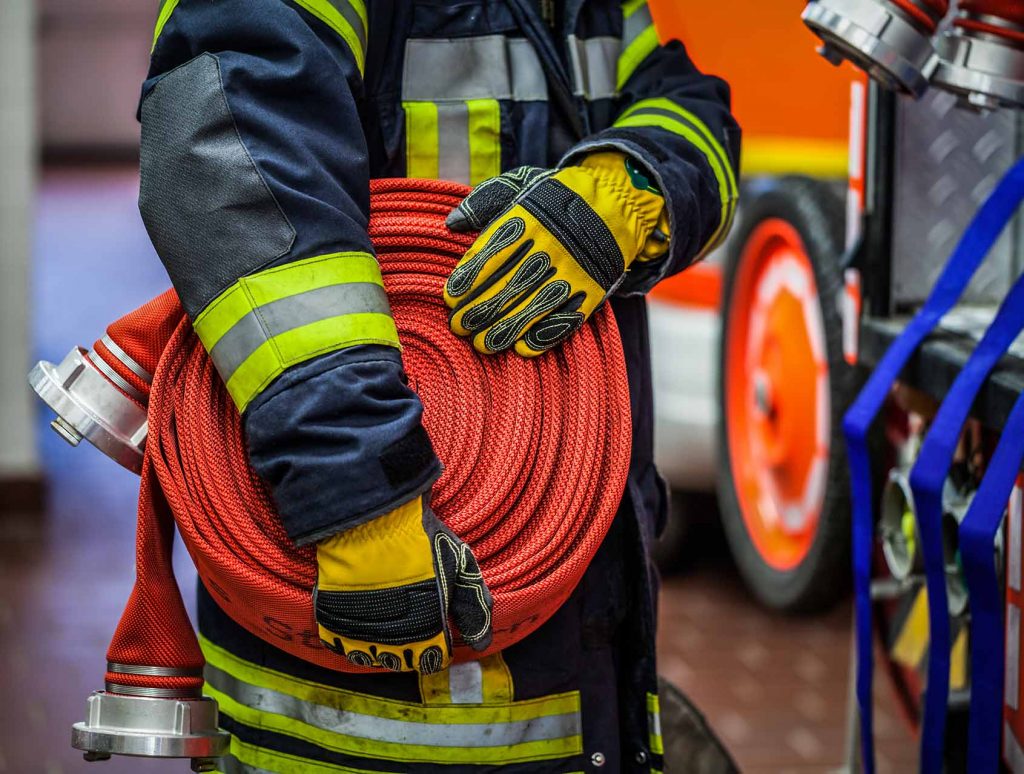 Is the truck worth the price?

The fire truck has two electric motors that power it to let emergency responders pump water for a total of 30 minutes. When needed, it can switch over to a diesel generator to keep the power going. But is it worth the expensive price tag for the little amount of time it could run on electric power?

The biggest appeal is the electric aspect of it, but if it’s only capable of handling 30 minutes before switching to an alternate source, it would have to be the last resort vehicle. Unless a new charging technology comes along, it would be hard to justify spending the money it would cost a city to have it built, shipped, and certified for use.

This electric fire truck is an impressive piece of equipment, to be sure. It was just too much money for Menlo Park to commit to when a slightly older non-electric fire truck could only cost around $300,000- $500,000. But, California may just get to use one of these on a trial run, anyway. It appears another city, Santa Cruz, is interested in one of these for their fire department.

Article by Wendy Johnson, Motor Biscuit. You can read the original article HERE.

Find out how ACETECH can make your fleet more eco friendly whilst saving money!

Close Menu
We use cookies to ensure that we give you the best experience on our website. If you continue to use this site we will assume that you are happy with it.Ok